Your first day programming is always going to be a challenging one. It’s hard enough to learn a new language to speak to another human, never mind trying to unravel the mother tongue of a machine. Probably the best way to tackle this challenge is with a sense of mischief, fun and divilment, and a raft of like-minded people. These ingredients made for the perfect recipe that was Rails Girls Dublin, an informal mini-conference like event, that took place at the NDRC in Digital Hub on Friday and Saturday. 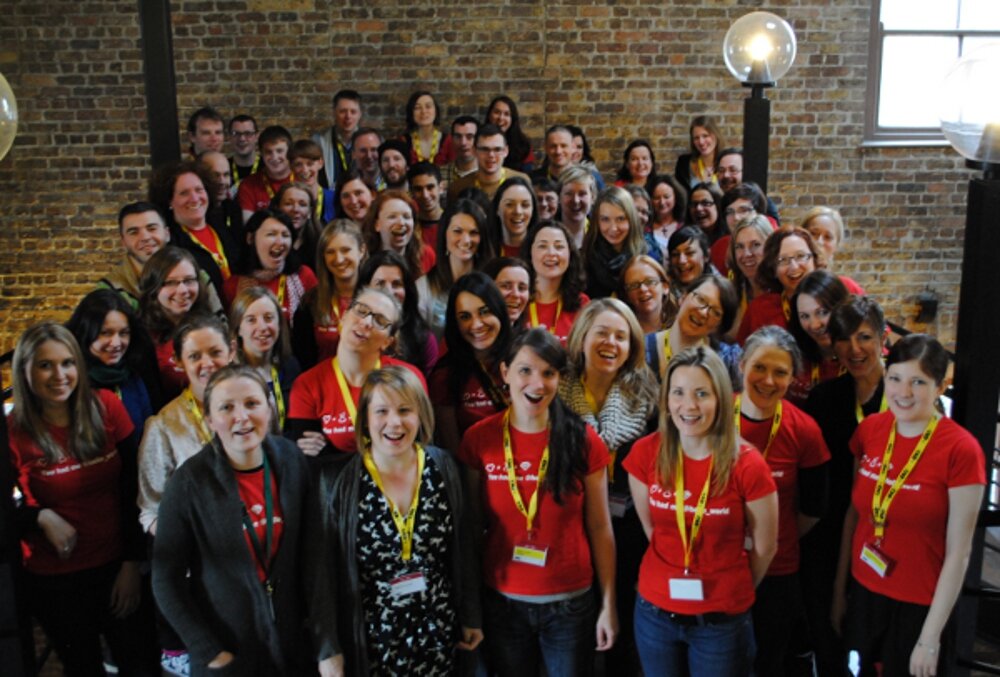 The usually male-dominated field of software development was turned on it’s head for a weekend as an attendee list of 50 girls and women set out to learn web programming and art of glueing the cloud together. This was done through Ruby on Rails - a programming language and toolbox for building web applications in a clear and easy to understand way. This also makes it suitable for newcomers to programming to start off coding and having fun straight away. Ruby is the programming language and Rails is a set of extras that make it particularly useful for the web. Rails Girls is a global organisation that helps make this happen.

The weekend started off after work on Friday with an installation fest with the simple goal of getting Ruby on Rails onto everyone’s computer - regardless of whether it tasted like an Apple or was some flavour of Windows or Linux. This was a good chance for everyone to get to know each other, break the ice and get a sense of the fantastic atmosphere that was going to engulf the weekend. Afterwards there was a sponsored meal for the coaches, where one impressive fact became apparent - there was a 50/50 male/female ratio within the coaching group. Something that wasn’t expected when Rails Girls Dublin was starting out. 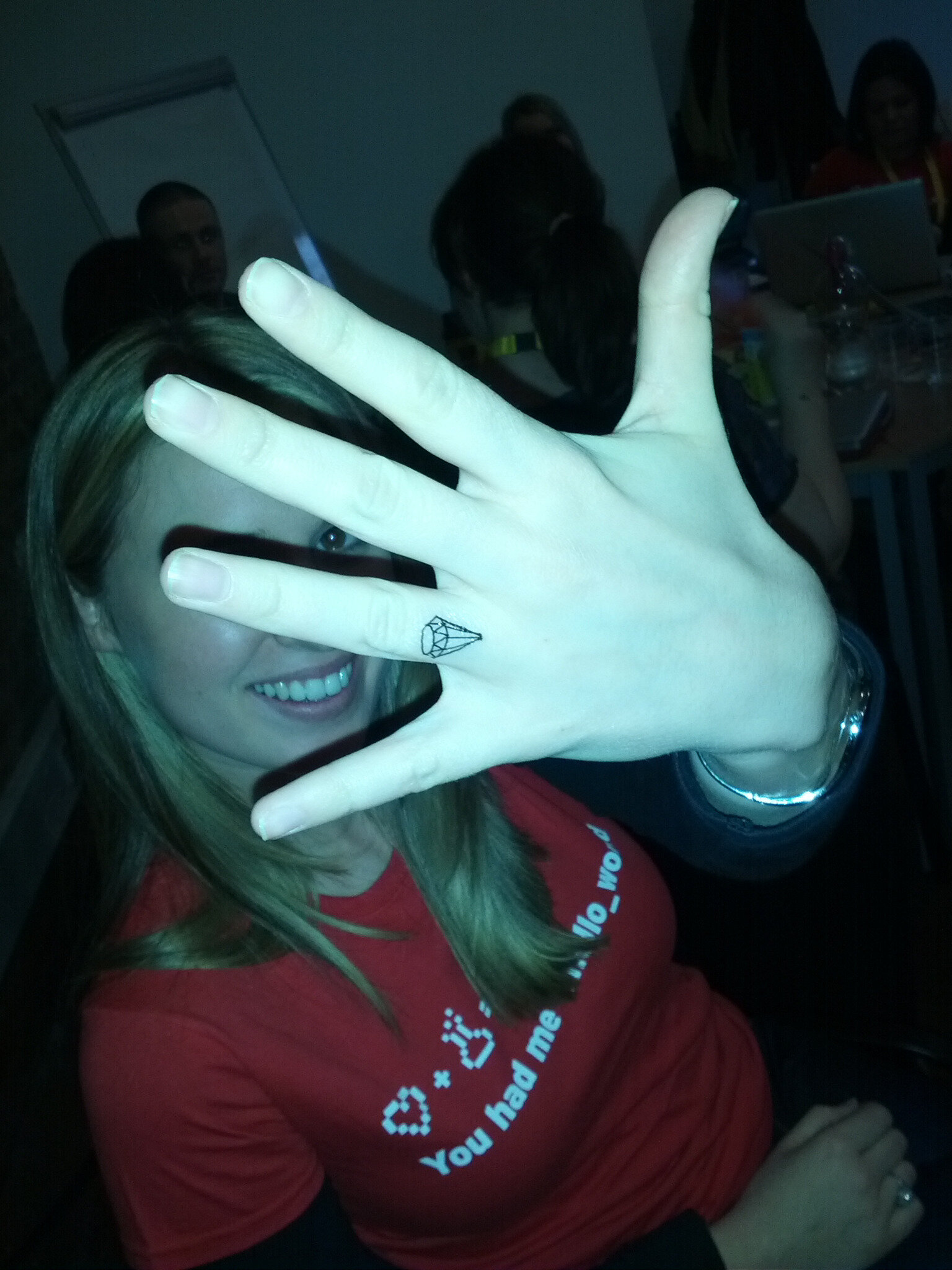 Saturday began at a relaxing pace with some breakfast and two batches of awesome cupcakes, one by Monaco Cupcakes and another by Rails Girl Caitriona Dwyer. Then, after a word from the generous sponsors (checkout the list at the end of this post), there was an introductory session on design by Simon Rand who had a few tips in there that even old hands could take onboard. Then, despite the best efforts of the Internet trying to work against me, I did a quick session introducing Ruby and the basics of programming. It was really fun going through Ruby with such an interested and engaged audience; and incredible to think that everyone there could call themselves a programmer - in one way or another - by the end of the day.

One final bit of preparation was a “Bento Box” session with Emily Castles, the unstoppable driving force behind Rails Girls Dublin. This got everyone to categorize some of the techie jargon that crops up in web development into different compartments - hence just like a Bento Box! If you missed out on those talks the good news is that you can catch up on Simon’s slides online and go through the basics of Ruby at tryruby.org in your own time.

Then the main event started, where attendees flipped open their laptops and started hacking on their own Rails application, following a set of guides put together by the fantastic international Rails Girls organisation. Over the course of the day, their applications evolved from a skeleton Rails program, through to one that could handle the uploading and publishing of pictures, before finally being deployed live to a website running online. Here’s a selection of tweets that sum up some of the experiences on this journey,

Finally, there was a set of great lightning talks before Kate Goodbody brought the curtain down on Rails Girls Dublin - live coding a Ruby on Rails blog in under 10 minutes as stirring music boomed over the speakers. There wasn’t as much as a single misguided keystroke and it was a wonderful end to a tremendous day of code.

More generous sponsorship meant that was no fighting over the bill at Arthur’s pub around the corner, where most of us had the chance to go afterwards. Like at many events, the evening was a real highlight as everyone shared their ideas for projects (some of which are already underway) and ways to keep the fire lit this weekend burning.

The future will be written in code. Google will possibly be one of the biggest car companies in 10 years time; they have a self driving car. Wearable technology will be woven into the clothing we buy. Every inanimate object we currently see around us will, over time, be transformed into something that reacts to us with software smarts. Whether all this is a good thing or a bad thing is up for debate. What is certain is that it’s crucial that girls and women are represented in the next wave of technology in a way they previously weren’t.

The next challenge for Rails Girls Dublin will be around how to build on the great start that was made this weekend. With so many attendees, coaches and organisers interested and passionate about making this work, it’s a vision that has every chance of succeeding and surpassing its original goals!

Resources:
Dublin section of the Rails Girls website
Tryruby.org - a simple and fun interactive tutorial to get started with Ruby
The Rails Girls App we build on Saturday (tutorial)
Designing your app (slides form Simon’s talk)
Wireframing for web apps (from the Intercom blog)