Lifting the lid on Open Jam!

Open Jam was an Ubuntu Ireland lead event which invited all members of the Open Source community to come along to Enterprise Ireland’s Dublin offices at East Point on Saturday the 27th of March. And come along they surely did, really show-casing the diversity of groups we have here in Ireland - users of Open Source software, developers, admins and advocates. The timing of Open Jam was to coincide with the Ubuntu Global Jam - where contributors to the Ubuntu project focus on finding, prioritising and fixing bugs as well improving documentation, artwork and more. The ‘Open’ in Open Jam was to extend that spirit to everyone - independent of their area of interest or skillset - to collaborate, learn and share. 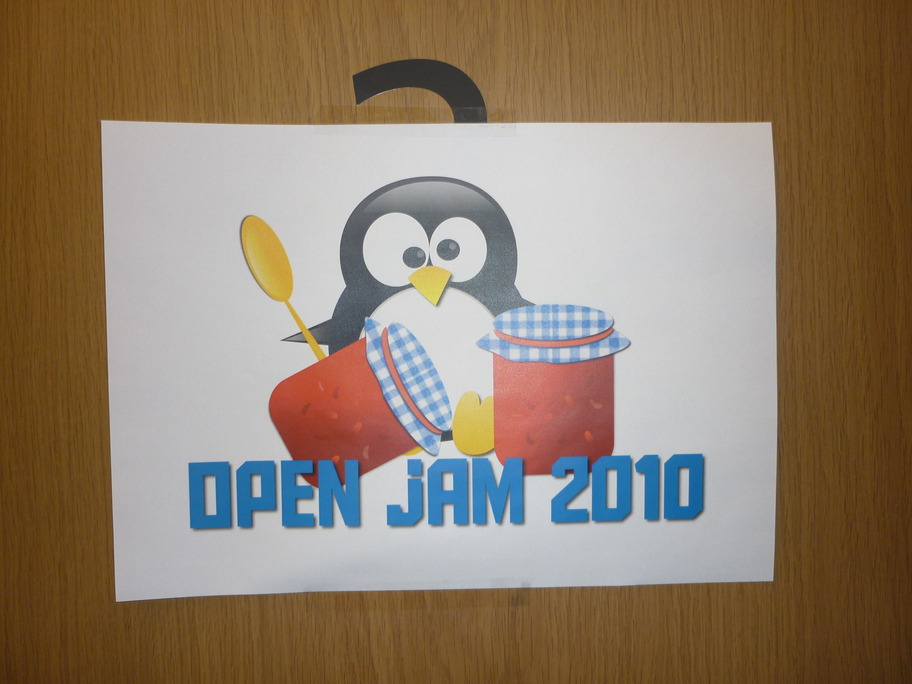 After the welcoming talk, some people got straight down to business, while others took the opportunity to chat and chill out after a long week in the office. Thanks to the excellent organisation skills of David Scanlon of Enterprise Ireland the event sported two rooms - one main room where you could hack away on your favourite project and another where liked-minded folks could get together and have a BoF (Birds of a Feather) session on a particular topic. Tunes were supplied on the day, pumped through Enterprise Ireland’s very tasty A/V system, by Luis Bethencourt - a.k.a. Mr Ubuntu Studio (Ubuntu Studio is a multimedia creation flavor of Ubuntu that Luis leads). In the BoF room, Rory Geoghegan kicked off the proceedings with a great intro to the Python programming language. This was followed by Anton Krasovsky’s highly popular talk on Erlang - which seemed to bring out the inner developer in everyone and sparked a meandering conversation through programming patterns, architectures and practices of every language under the sun. Anton is the author of pavo.me - a mulitmedia Twitter client for any pretty much phone that supports Java.

After lunch, which was graciously sponsored by Microsoft, Rory McCann gave an insightful talk on Ubuntu’s software collaboration platform Launchpad. Laurent Coudeur, part of the GNOME translations team, presented on the theme of language translations. He’s always on the lookout for people to help the translation effort (especially regarding Irish, so if you’re interested in helping then get in touch with him on his blog, where he also has a write up and more photos of Open Jam). Away from the lightning talks, Halo Labs, which is a community of Independent IT Service Providers, were beavering away on Linux appliances like Workgroup Server & Asterisk Box, with Patrick O’Conner and Russell Davies probably scooping the award for being the most industrious attendees! 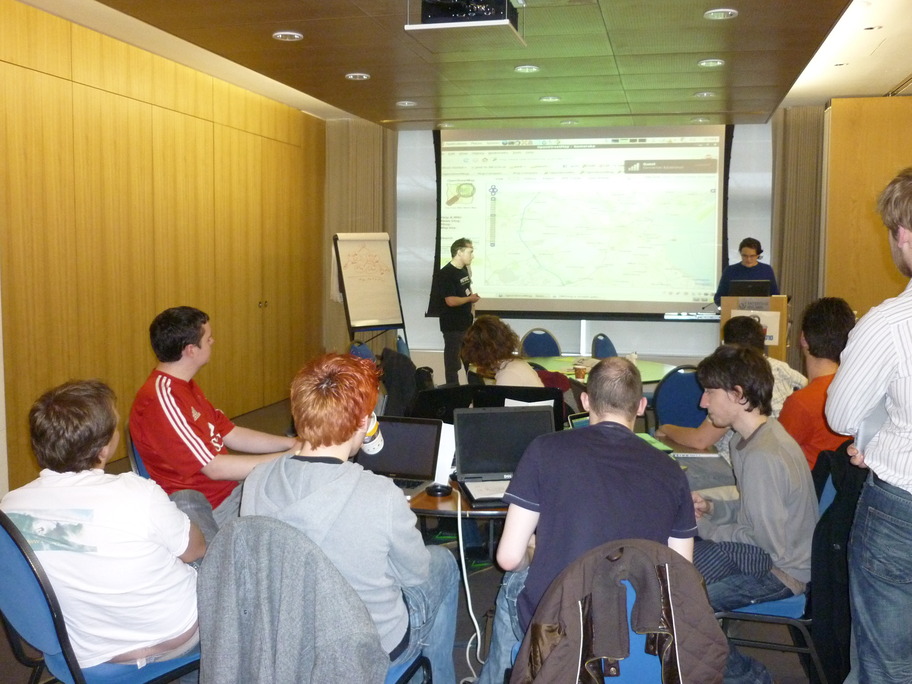 Musical talent was a feature of the day, with Harry van Haaren from U.L. providing a really interesting lightning talk on his work in progress Luppp project; hooking up a MIDI board to his C++ based looping software - allowing part of a live instrument performance to be looped on the fly and built upon. UCD Open Source Labs (represented by Alexander Ufimtsev, Keith Byrne, Aidan Church, David Murphy and Chris Duffin) announced their availability to to support Open Source projects by providing facilities for collaboration, project planning and development of Open Source software - check out the UCD Open Source Labs website for more details.

The Open Source .NET scene had a strong presence with Dublin Alt.NET members on hand ready to participate in any conversation that had the mere mention of the words ‘design pattern’ :-) Andrea Magnorsky introduced the audience to the .NET DLR (Dynamic Language Runtime), which allows languages such as Ruby and Python to run on the .NET framework. Mono hackers Alan McGovern and Jérémie Laval gave a lively talk on the Mono framework, MonoDevelop and related platforms such as MonoTouch for the iPhone and Moonlight. Qamir Hussain presented on A.I. & Distributed Agent frameworks which he’s working with at the moment. Later in the day, Rory McCann was back on stage, this time with Larry O’Neill, to give a talk on the facinating Open Street Map project, which marches on mapping the world in an Open fashion. Oh and some random walked in off the street and chipped in with a quick talk on Qt, Ruby and Rails :-) 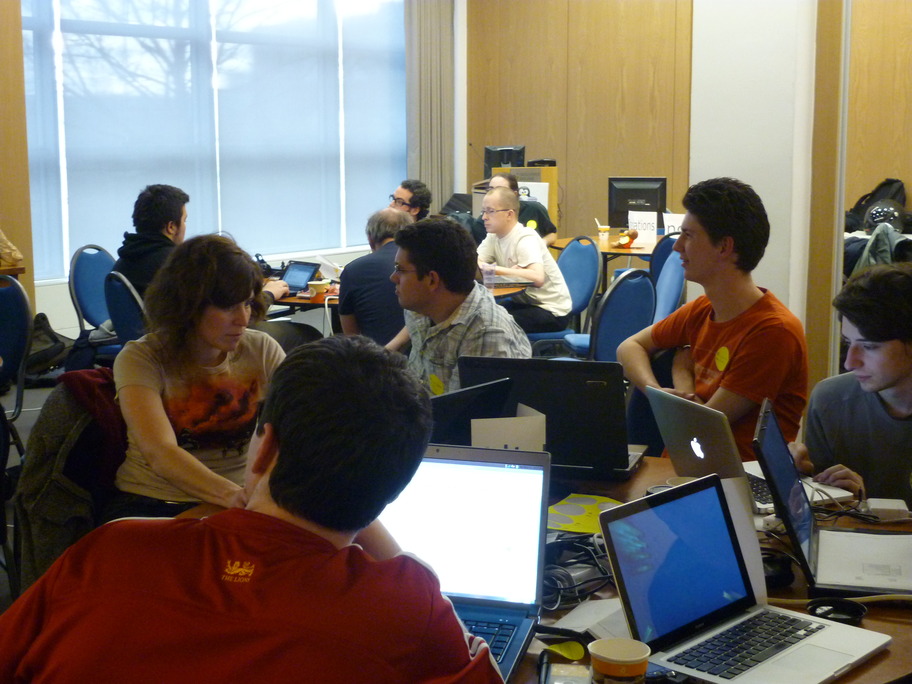 To round off, again a big thanks to David at E.I. for being such a kind host and also Laura Czajkowski, Jeffrey Roe and Qamir Hussain for helping to organise the event. It’s great to have Enterprise Ireland helping events like this, which really boost the Open Source community and innovation in Ireland. Most of all, thanks to you, everyone who showed up and helped make it a great event. The good news is that there’s no let up in the flood of Open Source events in the next few weeks with OSSBarcamp on April 17th and Open Spaces Coding Day on April 24th. Phew! Being Open was never so easy!

P.S. While the resulting projects need not be Open Source, a superb sounding collaborative event that’s on the horizon and worth a mention is Dublin’s Startup Weekend! This could be your chance to get that great idea in the back of your head implemented over a weekend sprint with other techies involved. It’s being organised by Sean Murphy and if interested visit the Startup Weekend website for more details.

P.S. If you want to leave your twitter handle to get in contact with others at the event then feel free to edit it into the Open Jam Attendees List 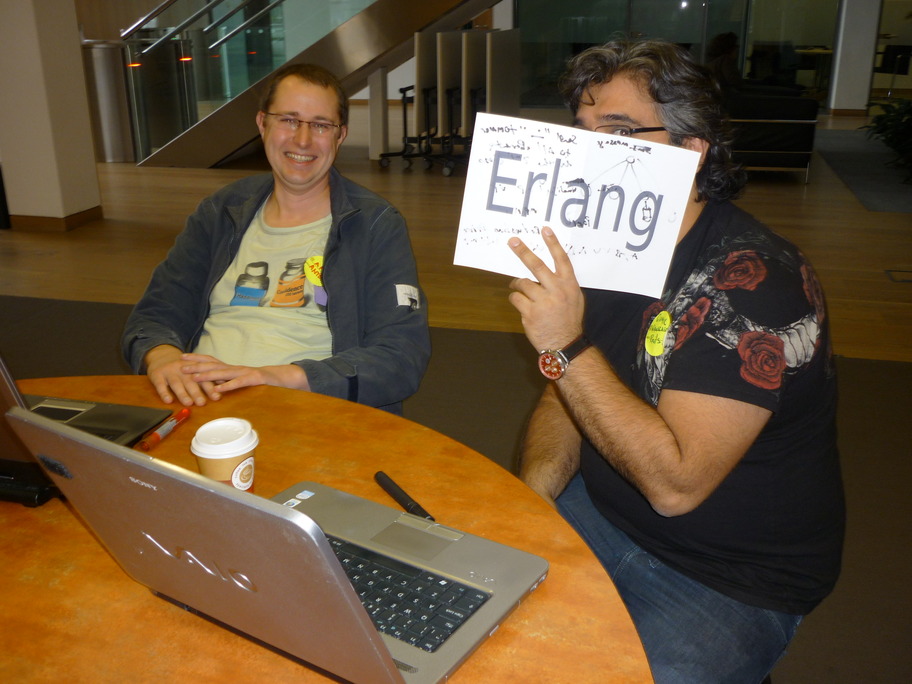 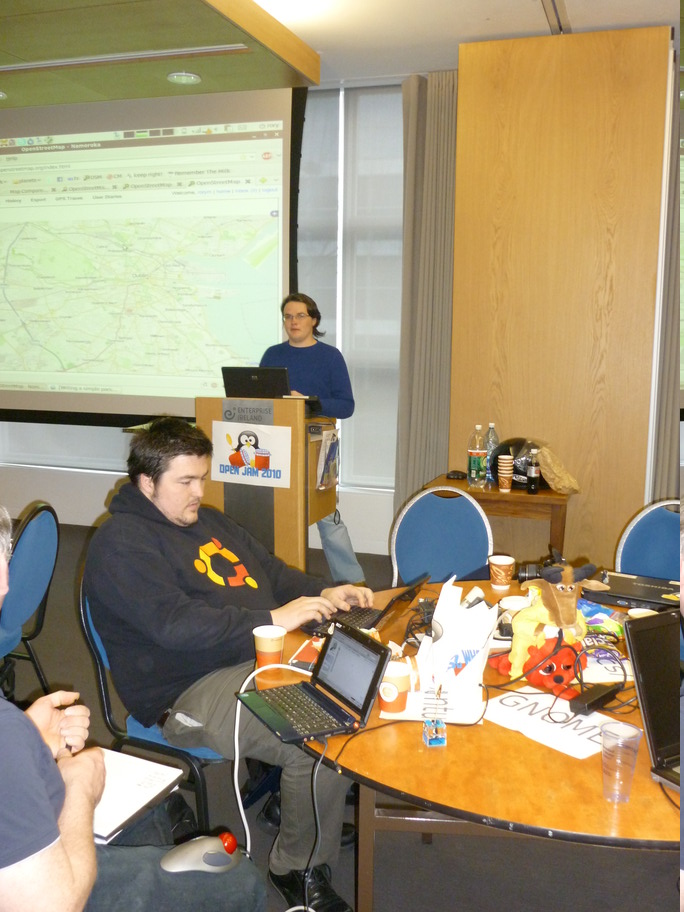 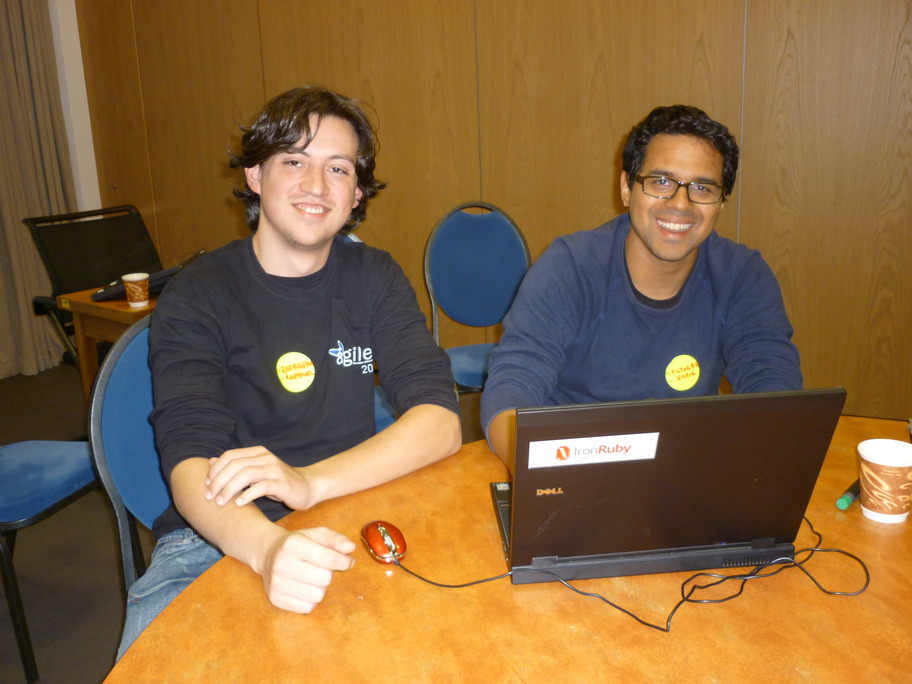